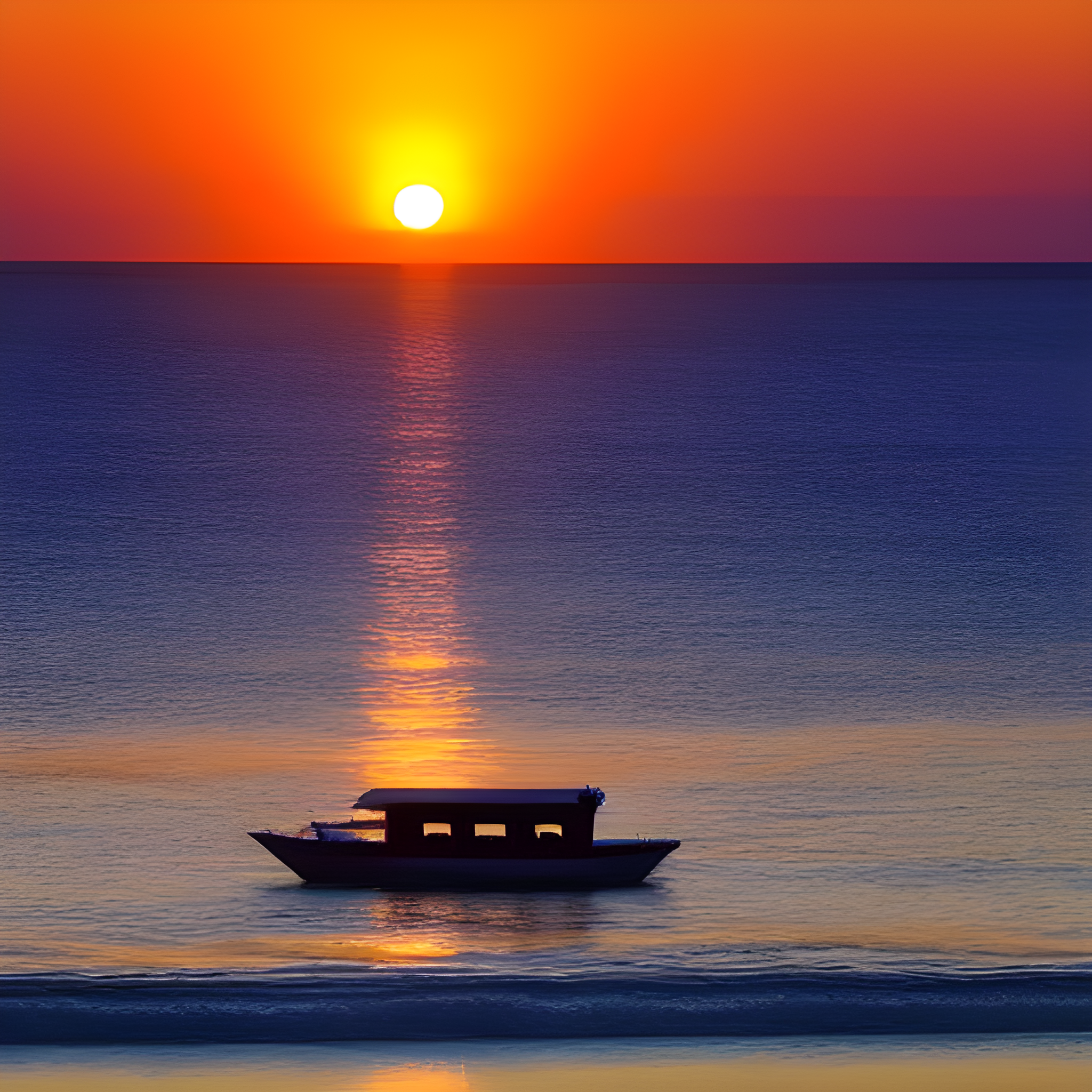 Boat on the ocean with a setting sun by Stable Diffusion

I opened my first website around 2010, I was 9.
It was hosted on a free hosting service called Wifeo which had the perk of not having ads injected in your pages back then.

The website itself was very simple, a regular HTML document with an attempt at adding a background that resulted in having a looped one given I didn't knew very well CSS at the time.
The background was of a CPC computer which I liked at the time. 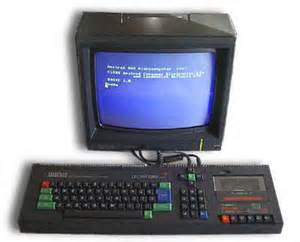 This is basically what started my online presence.
It's around the same time I started being active and a french Minecraft forum and another Furry one.

At the time, I did all of this first from the computer of my parents and then from a HP Compaq which originally came with a single GB of RAM and Windows XP.

It's around that time that I really started programming a lot and learning stuff around.

Fast forward few years, I am now near high school.
I haven't had a website for quite a few years (the first one lasted around three years which is exceptionally long for me) and decided to make another one.

Before, I always ran stuff off free hosting providers.
To cite some, we had, of course, Wifeo but also Hostinger (can't remember the name of their free version) and Dyjix.
But until then, I was also relying on the free subdomain they would give me which wasn't practical when a host closed or when I wanted to move.
So I started using Freenom, with a .cf domain which is a free domain. This lasted aproximately two years until I got a student discount which allowed me to register a .me for a year for free.
It's after all of this that I made this one, which was super simple. 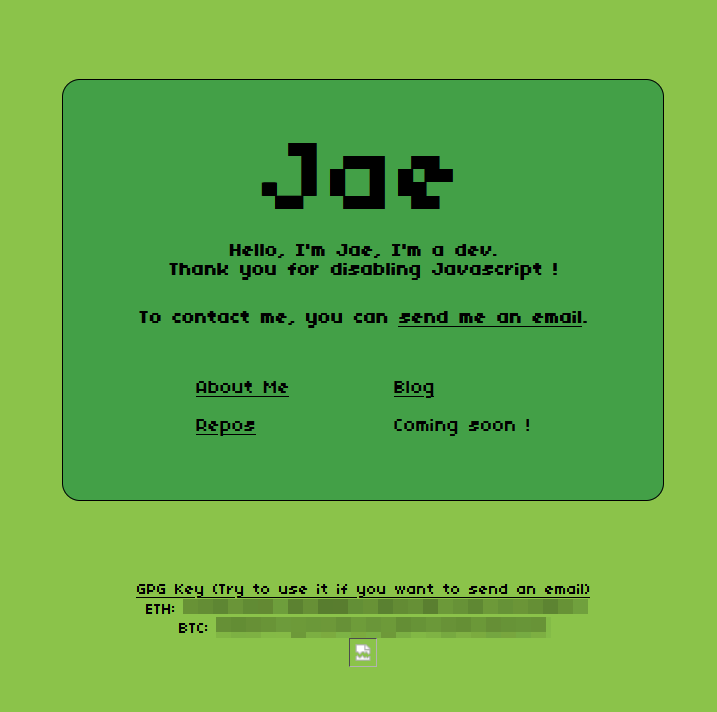 For now, all my websites were simple single-pages where I was just redirecting to other places.
This changed when I got what would become my main domain for the time, jae.moe (now redirecting to this website).
That website was running on GoHugo and generated with the GitLab CI from TeDomum. 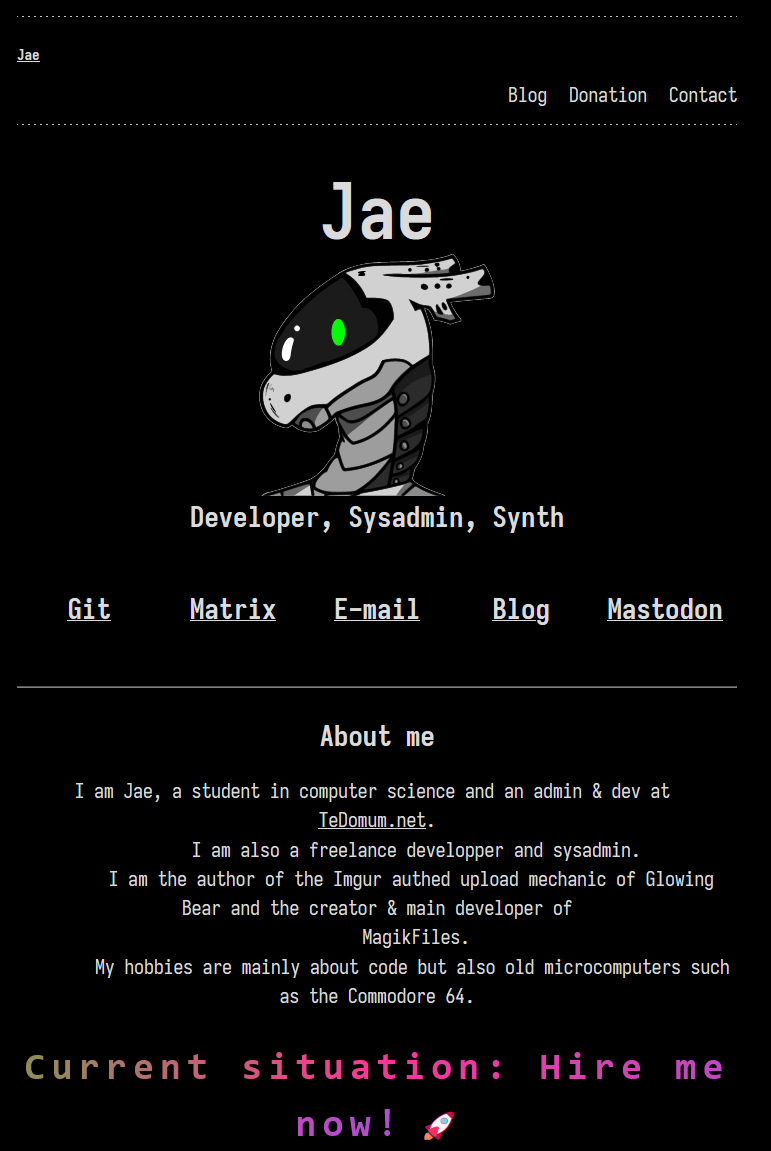 It's also during that time that I started experimenting with tracking (GoatCounter for instance) and quickly realised it wasn't viable.

Later, during my second and last year of school (BTS for french speakers), I found a job in Finland so I bought the domain you are probably using to see this on, jae.fi.
The first version of jae.fi was just a simple HTML page saying "Moikka" just to wait until I had something potable.
My website reverted to being a small one-page website with something looking like a terminal MOTD. 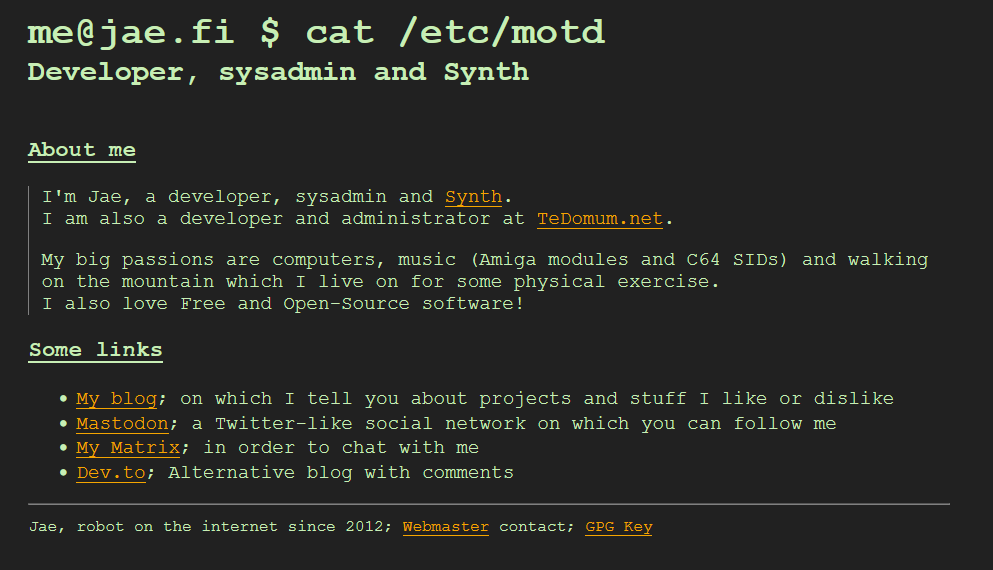 At this time, my website was evolving super quickly, changing styles and ideas every two seconds.
Fonts, CSS, colours, everything changed and was tweaked at some point.
At some point, it even had a webring an announcement system but it only lasted a very short period of time. 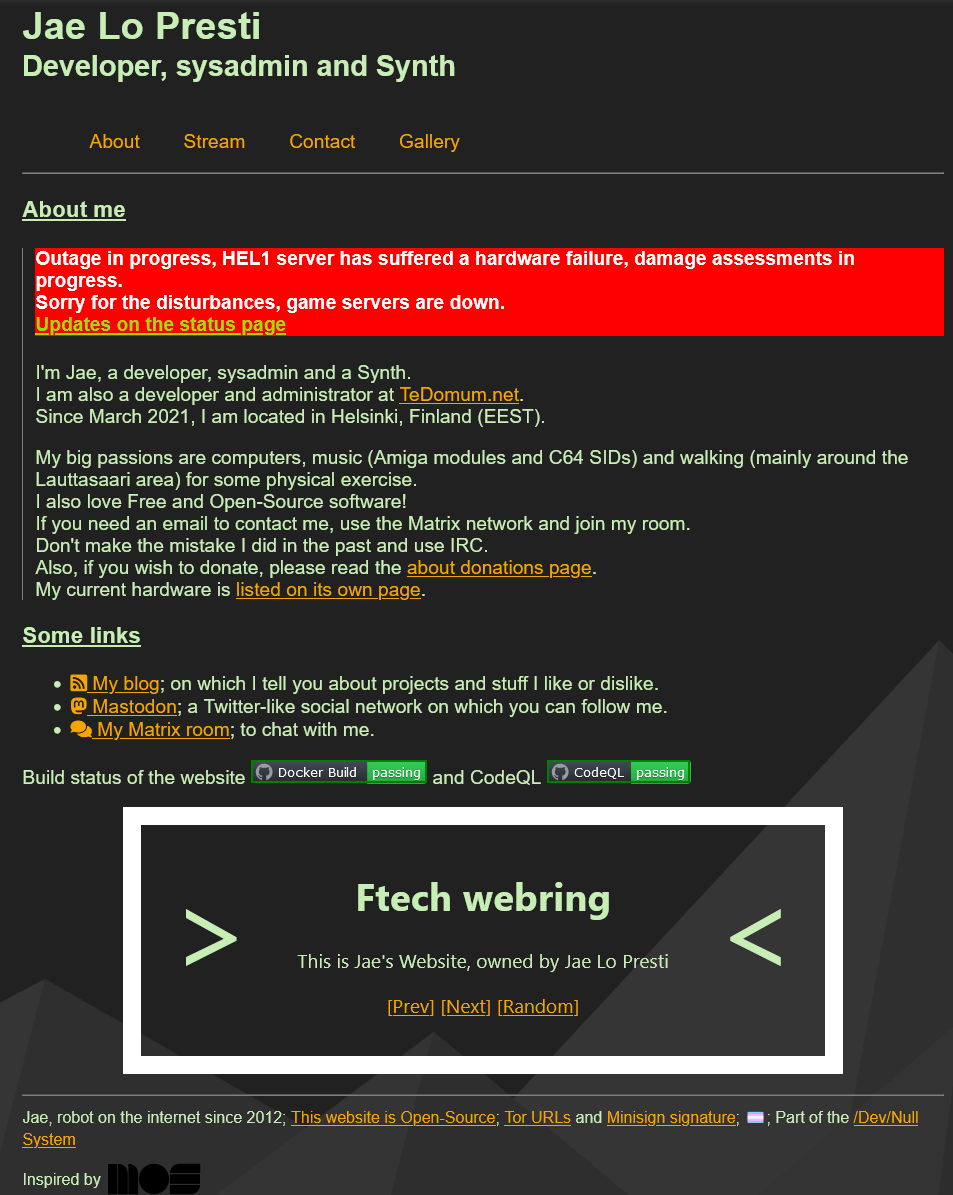 Later, I made this version that had a CRT flicker effect which was annoying for a lot of users and not great performance wise. 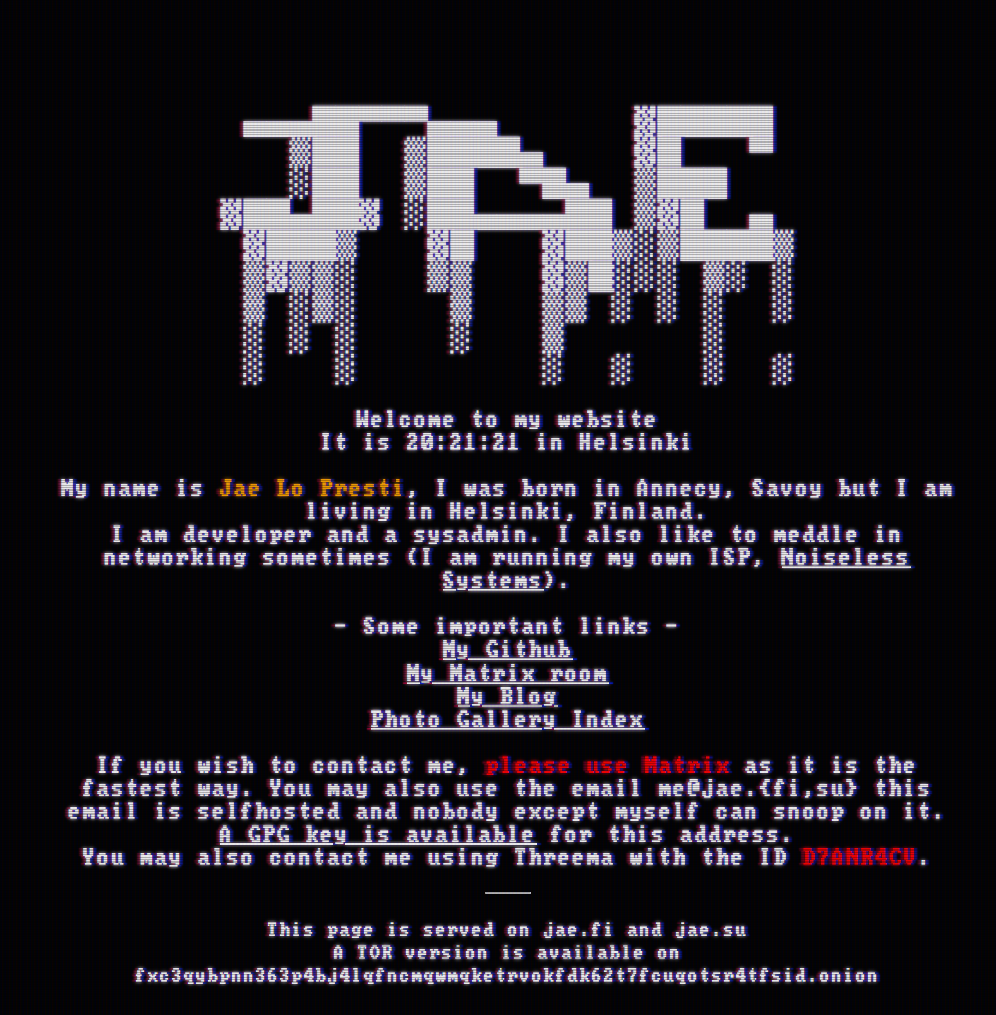 It's only near the end of 2022 I started working on this website.
First using GoHugo, I wanted to centralize everything in one point for maintenance easability reasons.
I recently swapped GoHugo for my own thing given the limitations of the software. This is how you are seeing this website now.

At the moment, this website is fully open-source, its content under the CC BY-SA 4.0 license and has no tracking.
The only thing I can say for sure for the future is that it won't change soon.
The core remains the same: no tracking, open, no ads.

Thanks a lot to all the people that followed my various blogs over the years and thanks to you for reading that small timeline.
I'll see you next time.